4 Places to Commemorate the 75th Anniversary of VE Day

2020 likely marks the last major milestone anniversaries for the Second World War with living members of the Greatest Generation.

May 8th is the 75th anniversary of VE Day, or Victory in Europe Day.

The day was marked at the time by a spontaneous eruption of joy throughout the streets of London after years of losses under siege and aerial bombardment by the Nazis. Images sent around the world of partying crowds, Churchill and the Royal Family waving from the balcony of Buckingham Palace remain among the most iconic images of 20th century history. (VJ Day in the Pacific theatre, came a few months later).
Plans for dramatic and ceremonial remembrances of VE Day’s 75th anniversary have been stymied by the COVID pandemic. Instead the Queen, who as a very young woman during the War served in uniform as a mechanic, is issuing a rare televised address with her personal memories. In a very moving tribute, a national singalong is also planned with people standing in their yards and doorways and balconies joining to sing the unofficial anthem of British pluck during WW2, Vera Lynn’s ‘We’ll Meet Again’ with Dame Vera Lynn herself leading from a window at her home.
North American history buffs or remembering family and community members who contributed to the defeat of the Nazis have had their travel plans to VE Day commemorations cancelled.
But you can plan now a pilgrimage for a personal commemoration of a turning point in the history of the world.

Here are 4 top destinations to commemorate critical pillars of the Victory in Europe: 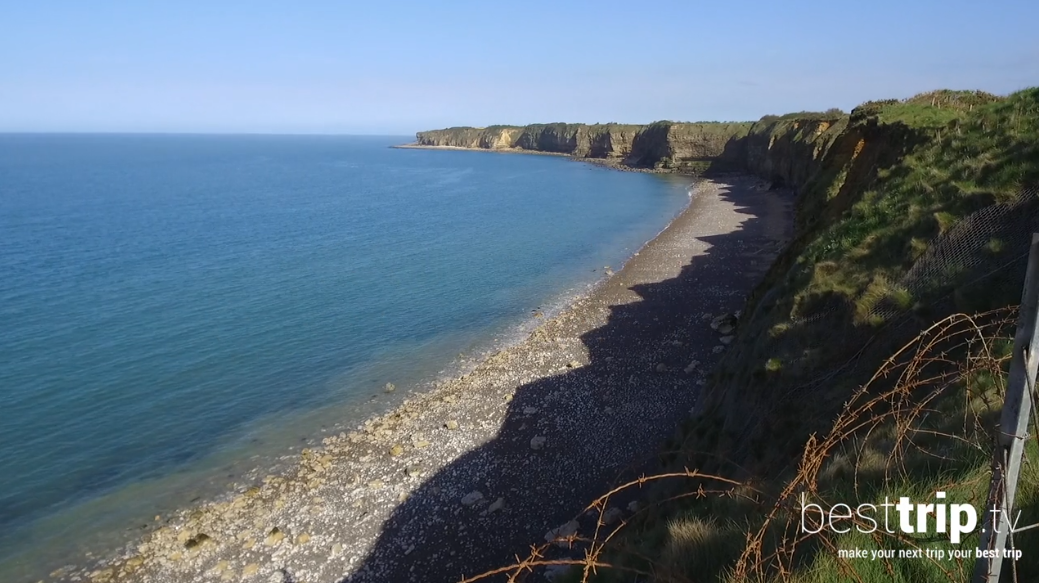 D-Day Landing Beaches, Normandy, France
Before there was VE Day, 11 months earlier, there was D-Day: June 6, 1944.
A fabled event in military history, D-Day was the largest seaborne invasion in history. Operation Overlord achieved the extraordinary feat of landing 24,000 Allied soldiers to re-take the Nazi-fortified beaches of France. It was the beginning of the liberation of Europe that ended on VE Day.
Canada's Juno Beach, Britain's Sword and Gold Beaches, and America's Omaha and Utah Beaches remain an essential travel destination to honor, first-hand, the monumental task and tremendous sacrifices of D-Day, and walk in the very footsteps of the soldiers who landed there. The isolated D-Day Landing Beaches (above and top) with cliffs, restored battlefield sites, museums and oh, so many cemetaries are essential travel destinations. 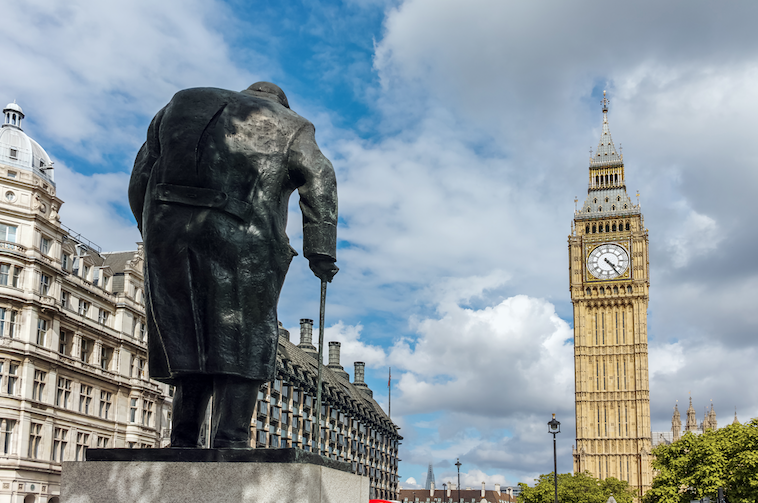 Churchill War Rooms, London
Of all the political and military leaders who strove together towards victory, Sir Winston Churchill remains legendary. The British Prime Minister was one of the earliest leaders to resolve to defeat Nazism, and his eloquent speeches (still often quoted today) and steadfast refusal to give up hope famously rallied the British and Allies to victory.
Nazi planes flew nightly over the English Channel to bomb the capital, and Londoners blacked out the city and retreated underground. Thousands spent nights in London’s ‘tube’ stations. The government went underground, too, into a complex underneath the Treasury building in Whitehall. Knowing what was coming, construction on the War Rooms began in 1938. Operations there began just a week before the war began, and the lights weren’t turned off for the next six years until the war was over.
Today’s fascinating and evocative Churchill War Rooms museum includes restored government wartime command center and a museum devoted to Churchill’s life. 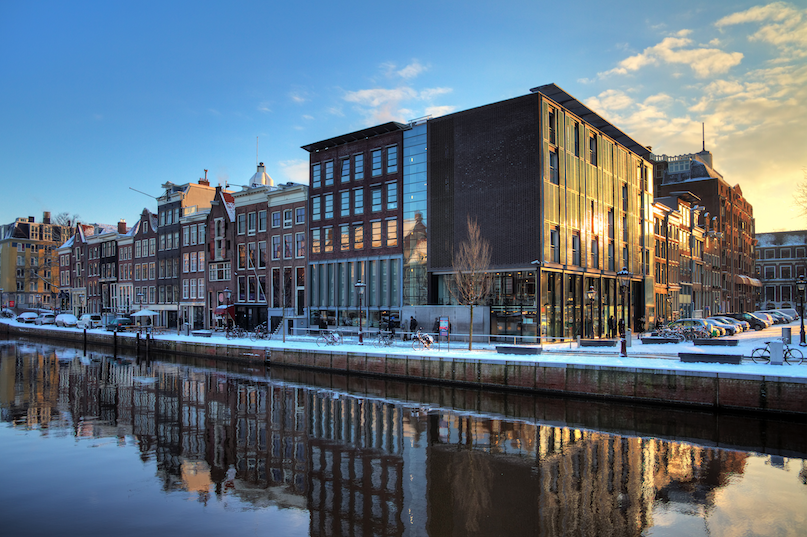 Anne Frank House, Amsterdam, The Netherlands
Of the millions of military casualties and civilian victims, the diary of Anne Frank remains the most famous personal story, and the young girl herself remains the symbol of the over one million Jewish Europeans exterminated by the Nazis.
Anne Frank House preserves the tiny suite of rooms in central Amsterdam where Anne, her parents and sister and four other people hid behind a bookshelf for over two years in fear of capture by Nazi occupiers.
Not long before the liberation of the Netherlands, the group was discovered and Anne was sent to a concentration camp where she died. Her diary of her life in hiding was saved and published, and ensured her voice and story and the lessons of the Holocaust continue through the ages.
The gripping and emotional museum features the life and times of Anne Frank and the dangers of persecution and intolerance.

Your Own Neighborhood
Communities large and small across North America have cenotaphs listing the names of fallen local residents who went off to war.
Veterans’ homes, the Legion… places for current generations to serve veterans exist close to home.
And many local museums show the heroic efforts of the wives, mothers, girlfriends, workers in industry and farming who made the achievements on the front lines possible.
Until we can travel again, once it’s safe to move around in your community, find a way to acknowledge in your hometown the service of the veterans who won Victory in Europe in 1945.

Copyright BestTrip.TV/Influence Entertainment Group Inc or Rights Holder. All rights reserved. You are welcome to share this material from this page, but it may not be published, broadcast, rewritten or redistributed.

This State's 'For Lovers', and Even has a Seductive Local...

4 Local Markets You Can Go Shopping with the Chef on a Se...

10 Amazing Facts about the Tasmanian Devil